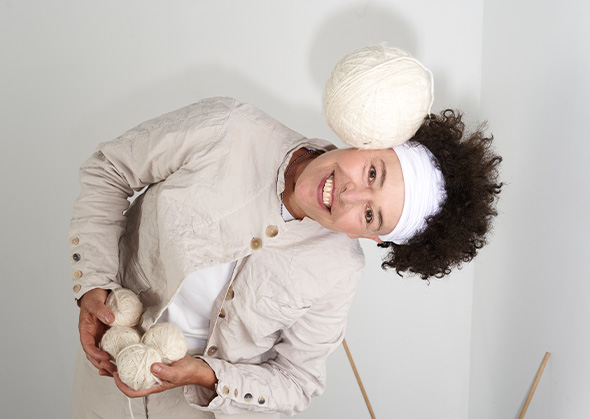 Learn the technical requirements and needs for Iman Lizarazu’s performances from the documents here. 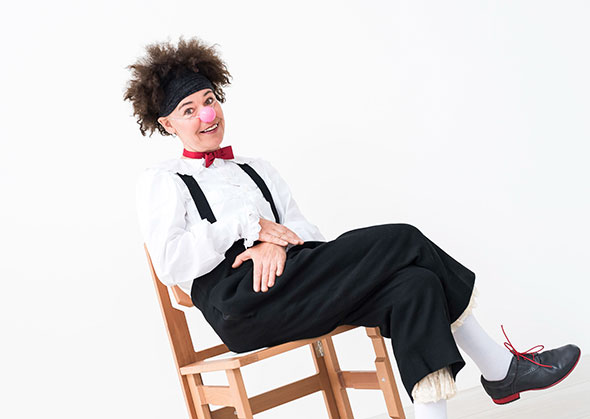 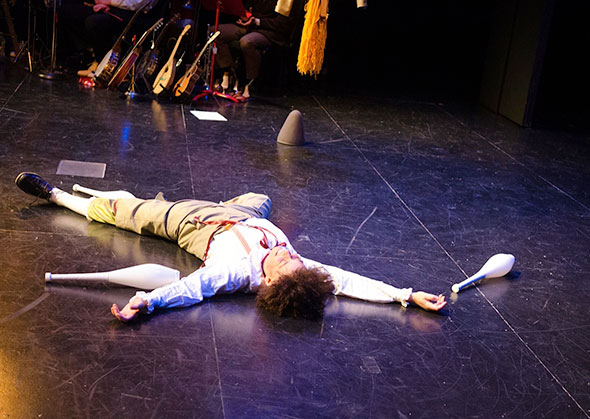 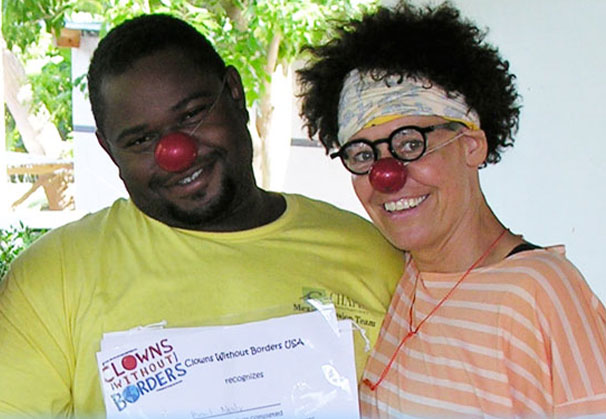 Find out more about Clowns Without Borders, an organization that Iman Lizarazu has been involved with since 1993 and performs at refugee camps all over the world. 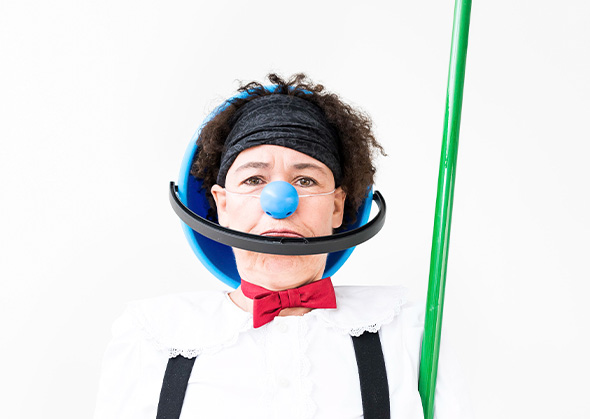 Purchase a red nose from Iman Lizarazu and her associates. 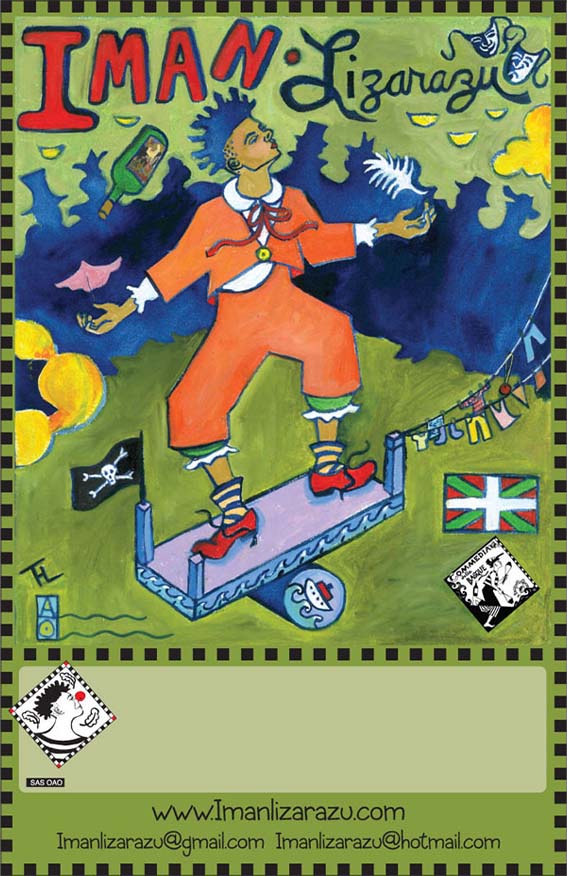 Commedia della Basque: “A Basquette Case”
As a theatre performer, Iman Lizarazu’s stage work follows in the tradition of “eccentric performances” that have their origins in Russia in the early 1920s. She combines a wide variety of clowning skills into one art form that enables her to craft little stories, create problems within those stories, and then solve the problems in unexpected, unusual, and delightful ways.
She is a clown, juggler, visual artist, gardener, chef, and prankster. She loves the beautiful things in life – good food, good wine, and good friends. And what she loves to do best is bring laughter and joy to the lives of those around her.
Currently living in Santa Cruz, California, Iman was born in LaBourd in the Province of Soule in the Basque Country of southwestern France. Iman’s family still lives in St. Jean- Pied-de-Port in Basque Navarre.
A performer her entire life, Iman has been professionally involved in theatre arts for over 20 years. She has presented her solo show, Commedia dell’Arte, locally, nationally, and internationally to wide acclaim.